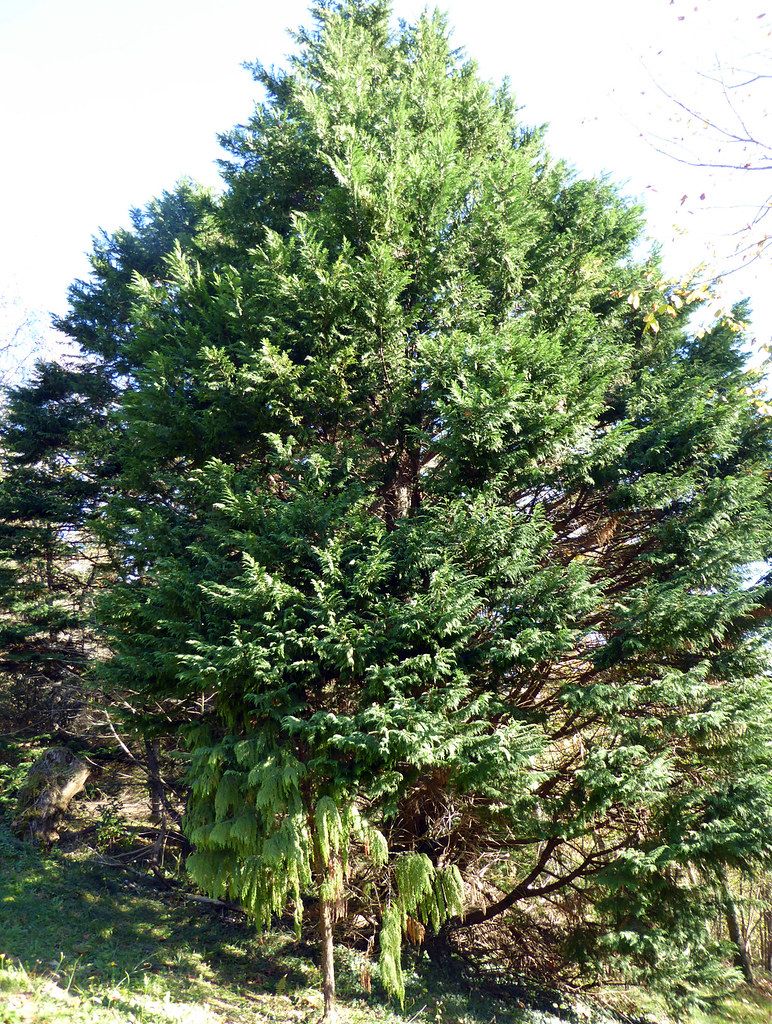 Cupressus lusitanica is an evergreen conifer tree with a conic to ovoid-conic crown, growing to 40 m tall. The foliage grows in dense sprays, dark green to somewhat yellow-green in colour. The leaves are scale-like, 2–5 mm long, and produced on rounded (not flattened) shoots. The seed cones are globose to oblong, 10–20 mm long, with four to 10 scales, green at first, maturing brown or grey-brown about 25 months after pollination.

The cones may either open at maturity to release the seeds, or remain closed for several years, only opening after the parent tree is killed in a wildfire, allowing the seeds to colonise the bare ground exposed by the fire. The male cones are 3–4 mm long, and release pollen in February–March. In most of its natural environment rainfall occurs with more quantity in summer.
Read more
Show less